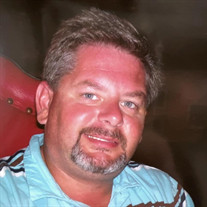 William Rodney Herndon, 53, husband of Kimberly (Branch) Herndon, went to his reward on Friday, March 11, 2022. Rodney was born on June 18, 1968 to the late John Gordon and Judith Lynn Herndon Smith in Charlottesville, Va. In addition to his wife, Rodney is survived by his children and grandchildren, Jessica Lynn Payne and her husband, Timothy R. Payne Jr. and their children, Timothy “Tre” R. Payne III, William Tucker Payne (Rodney’s namesake), and Noah Thomas Payne, of Charlottesville; Thomas Kody Woolford and his wife, Rachel and their children, Breckon Marie, Ivory Michelle, and his unborn granddaughter, Evelyn Louise; William Austin Lee (Rodney’s namesake), and his mother, Lori; and Scarlett Noel, and her mother, Stephanie. He shared a special relationship with his daughter, Savhanna Michelle, who was a bright light in his life; and his three youngest boys who adored him, Nicholas Rodney, Shawn William, and Jacob Marshall; as well as his brothers, Mark and his children, and Chris and his children; and two sisters, Tracy and her children, and Karen and her children; whom he loved very much. One of Rodney’s favorite activities was being in the woods with his brother Mark, breathing in the crisp morning air while deer hunting. That came in second only to spending time with his beloved grandchildren who endearingly called him Pop. He and his wife Kimberly were devoted to their children whose lives are testimonies to their commitment and love. Rodney accomplished many things in his life. He was a business owner, an avid gun collector, and a lifetime member of the Dooms Volunteer Fire Department, where he served his community as Chief for a length of time. Rodney gave his life to the Lord in October of 2019. He was a strong silent man who was humble and devoted to his family. A service will be conducted on Wednesday, March 16, 2022 at 1:00 P.M. at Good News Ministries on Kerry Lane in Greenville, Virginia with Pastor Wanda Myers officiating. The family will receive friends following the service. Arrangements are being handled by Henry Funeral Home. Condolences may be sent to the family online at www.henryfuneralhome.net.

William Rodney Herndon, 53, husband of Kimberly (Branch) Herndon, went to his reward on Friday, March 11, 2022. Rodney was born on June 18, 1968 to the late John Gordon and Judith Lynn Herndon Smith in Charlottesville, Va. In addition to... View Obituary & Service Information

The family of William Rodney Herndon created this Life Tributes page to make it easy to share your memories.

Send flowers to the Herndon family.