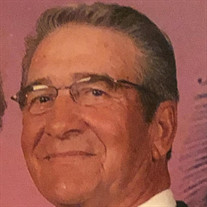 STUARTS DRAFT – William “Bill” Bagby Proctor, Jr., 80, husband of Betty (Mawyer) Proctor went to be with his Lord and Savior, Monday, August 9, 2021 at The Retreat at Fishersville. Mr. Proctor was born on May 8, 1941 in Louisa County to the late William Bagby and Catherine (Dunaway) Proctor. He was raised in Orange County. He was a member of Solid Rock Full Gospel Church of Barboursville. After moving to Stuarts Draft, he attended Rejoicing Life Church. Mr. Proctor was a Veteran of the US Army, serving in Vietnam. He retired after 24 years of service with Wonder Bread as a mechanic. In addition to his wife, Betty who he married on August 4, 1984, he is survived by two sons, Todd Proctor and Scott Proctor (Christen) of Charlottesville; a step son, Mike Maddox (Tiffany) of Staunton; two brothers-in-law, Robert Morris of Orange and Elmer Mawyer of Fishersville; a sister-in-law, Bonnie Taylor of Shenandoah; eight grandchildren, Tyler Maddox, Dustin Maddox, Hunter Maddox, Hunter Lee, Victoria Proctor Cason, Gabe and Marley Proctor, and Brody Proctor; and his bestest friend and dog, Brody. In addition to his parents, he is preceded in death by a brother, Herbert Lacey Proctor; and a sister, Alice Ann Morris. A Funeral Service will be conducted at 1:00 p.m., Saturday, August 14, 2021 at Rejoicing Life Church in Stuarts Draft. The family will receive friends one hour prior to the service at the church. Burial will follow at Augusta Memorial Park with military honors by the US Army. Memorial donations may be made to Alzheimer’s Association, 355 Rio Rd W STE 102, Charlottesville, VA 22901. Henry Funeral Home is handling the arrangements.

The family of William B. Proctor Jr. created this Life Tributes page to make it easy to share your memories.

Send flowers to the Proctor family.